A recent survey carried out by YouGov on behalf of Simply Health showed that there are stark differences between the practices and attitudes of men and women when it comes to caring for their dental health. 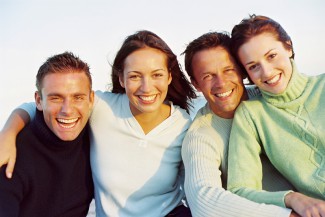 The survey looked at men and women from a variety of age groups and socioeconomic backgrounds, and came up with some interesting findings.

Among the key findings were:

More men than women put off visiting the dentist

It was found that 32% of men hadn’t visited a dental practice in the past year, compared with 25% of women. This figure rises to 37% of men aged between 18 and 24, which could suggest a more carefree attitude to dental health, but could also reflect a large number of people in this age group are students, so more prone to financial worries that may prevent them seeking dental treatment.

At Forest Dental we offer a wide range of dental plans to suit all budgets, because we know the importance of maintaining good oral health and preventing further, more expensive to treat problems at a later stage. Our basic plans start at £5.57 a month, covering basic check-ups and hygiene appointments, as well as offering a discount on many common treatments. This can be an ideal and ongoing gift from parents whose children are off to university, to help keep their teeth in good condition while finances are tight.

The survey also showed that more men admit to having bad dental habits, such as 41% who say they have gone to bed after a night out without brushing their teeth. Only 35% of women admit to the same thing. Again, men in the 18-24 age group are the worst for this, with 49% admitting they don’t always brush their teeth before bed.

The most worrying statistic, however, is about awareness. The survey showed that 75% of men and 66% of women say they are not aware of the symptoms of mouth cancer. Early diagnosis is vital, so something must be done to raise the awareness of early warning signs and symptoms.

At Forest Dental we provide mouth cancer checks as standard during your regular dental check-up.

Establishing good dental habits from an early age will help your children to have good oral health for life. At Forest Dental we recommend bringing children to visit the dentist from the age of six months – when their first teeth start to appear. 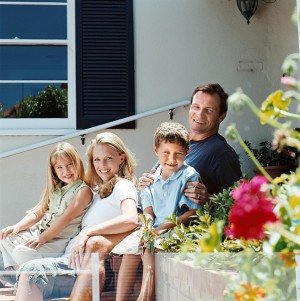 Children in the UK still have very high levels of tooth decay. While this is improving, there is still a lot of work to be done. At Forest Dental we believe in preventative dentistry, stopping problems before they start. We offer a range of preventative dental treatments for children, including fluoride varnish and fissure sealants, to help prevent decay from developing, avoiding the need for more invasive and uncomfortable treatments at a later stage.

Bringing your child to the dental practice from an early age will also help to prevent them developing a fear or phobia of the dentist. Many cases of dental phobia can be traced back to a bad childhood experience; at Forest Dental our clinicians are skilled in treating children, and can help them to establish good habits so that there is no need for traumatic treatments such as tooth extractions. Your child will soon start to view visits to the dental practice as routine, positive experiences, and the dentist as a friendly face they look forward to seeing every six months.

If you bring your young child along to an appointment with Dad or Mum, or with an older sibling, they can learn by observing and copying how to sit in the chair and open their mouth so the dentist can look at their teeth.

Here are our top tips for helping your child look after their teeth: